I’m mostly convinced there is a serial killer in my apartment complex.

Last week I heard a scream in my apartment complex’s atrium at midnight. It wasn’t a’oh-my-friend-declared-a-surprise-tickle-fight’ scream. It was a ‘I’m-getting-murdered-in-the-shower-by-a-psycho-motel-owner” SCREAM. I look out my window into the shared courtyard. I see nothing. I go outside onto the shared balcony hallway (because THAT isn’t going to get me killed). I still saw nothing except my downstairs-and-across-the-complex neighbor, Afro Dude, in his door peeping out as well. All he gave me was validation that SOMEONE screamed (he heard it, too), it was horrifying, and calling the police would be futile. LAPD doesn’t respond quickly to “Someone screamed and we saw nothing”. 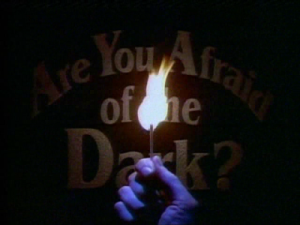 Probably not scary now, but SO SCARY when I was 8.

Someone screamed, once, a week ago, and now I am a #1 target. Completely logical, right?

That being said, I have called upon all of my Home Alone knowledge and started barricading my doors each night. This typically involves a chair, a scout box, 50 pounds of weights, fifteen wine bottles, an extension cord, fifty feet of Christmas lights, two suit cases, a keyboard, 5 decks of cards, and a camera stand. I can’t post pictures because I don’t want to give away my awesome security system on the internet, but I assure you it is impressive.

I live in a secured community (because LA is scary!). You have to have the key code or door key to even get into the building. It wouldn’t be impossible, but it would be tricky. Therefore I have decided if a murderer were to come get me, they would probably live  in the building. So I have compiled a list of potential suspects who happen to be my neighbors. I don’t know any of their names (because LA is unfriendly!), but this is what Matt and I call them:

Also, from left to right, I have provided an artistic representation of these suspects (since actually photographing them would be creepy).

My artistic ability is staggering.

I also appreciate how universally funny it is that I am posting about my paranoia and fear of being axe-murdered on a blog called follow your fear. This, however, I think is one of those ‘exceptions to the rules’. Yes. In the battle between following your fear in a good way and following your fear in a bad way – I am going to go out on a limb and say (while my “security system” may be a bit overboard)  don’t do anything that sounds like it is from a script for a horror movie. Especially if you aren’t white, aren’t a virgin, or are the rich kid.

← My Birthday Present to America – VIDEO
Just Dying To Be Here →

One thought on “Caveats”